Harriet, the giant Galapagos land tortoise, was a national treasure, an international conservation icon, a beloved member of the Australia Zoo family, and perhaps even, a contributor to modern science. Her remarkable history has been a point of fascination and extensive research for many years. Generations of Australians have known and loved this extraordinary old lady.

Harriet was collected from the Galapagos Islands in 1835, by British naturalist Charles Darwin, when she was just the size of a dinner plate. This means that she probably hatched somewhere around the year 1830. Her body shape also tells us that it is likely she originated from the island of Santa Cruz.

She lived in England for a short period of time before Darwin’s friend, John Wickham, brought her to the warmer climate of Australia.

John Wickham arrived in Brisbane, with Harriet, in 1842. For more than 100 years, Harriet called the Brisbane Botanical Gardens home. It was here in the early 1900s that she was given the name Harry, in honour of Harry Oakman, the groundskeeper of the time. She was eventually transferred to Fleay’s Fauna Sanctuary on the Gold Coast, where David Fleay discovered that Harry was, in fact, a Harriet.

Living it up at Australia Zoo

Harriet lived out the last two decades of her life in the lap of luxury at her Australia Zoo home in Beerwah, under the watchful and loving care of the Irwins. Steve and his entire family enjoyed a wonderful friendship with Harriet throughout the years, and she was always thought of as an honorary grandmother. Harriet spent her days at Australia Zoo receiving attention and affection from people of all ages, enjoying a diet of an assortment of fresh vegetables, greens and – her favourite – hibiscus flowers.

DNA testing definitively proved that Harriet was at least one generation older than any existing tortoise in Australia. This, coupled with the researching of historical records, is how we traced back her story through time. But, how could we really tell which day was her birthday? With a little bit of knowledge on the reproductive habits of giant land tortoises on the Galapagos Islands, we were able deduce that most tortoises hatch in November, so we picked a date smack-bang in the middle to celebrate her birthday; November 15th.

These celebrations were always a popular and exciting time to be at the Zoo. People would come from all over Australia and from overseas to pay tribute to the oldest living animal in the world. It was Harriet’s intriguing history that usually drew people to her initially, but in the end, it was her charming personality and affectionate nature that won hearts.

In 2005 we celebrated Harriet’s incredible 175-year milestone. Among the thousands of party guests there were also plenty of TV, radio and print journalists eager to record the historical event. Harriet received presents, birthday cards and good wishes from all over the globe, as well as extensive international press coverage.

But most importantly, her family and friends were there to share her special day, and to shower Harriet with her favourite treats of all – red hibiscus flowers!

Harriet the giant Galapagos land tortoise was a friend to all at Australia Zoo, a cherished member of the Sunshine Coast community, a respected long-time Queenslander and a treasure of the international conservation world. With a face that everyone fell head over heels for, a pair of bright eyes that had seen more than we will ever know and the most affectionate and gentle nature, Harriet stole hearts every day.

Harriet passed away peacefully at Australia Zoo on 23 June 2006, leaving behind countless admirers and an impressive, unforgettable life story. 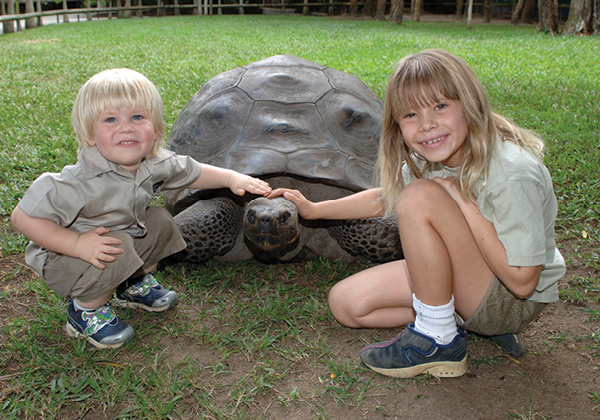 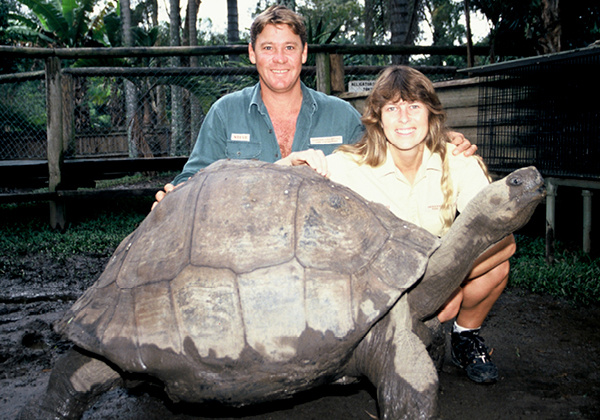 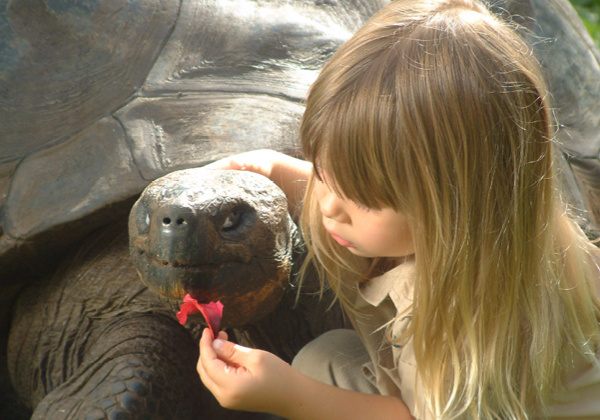 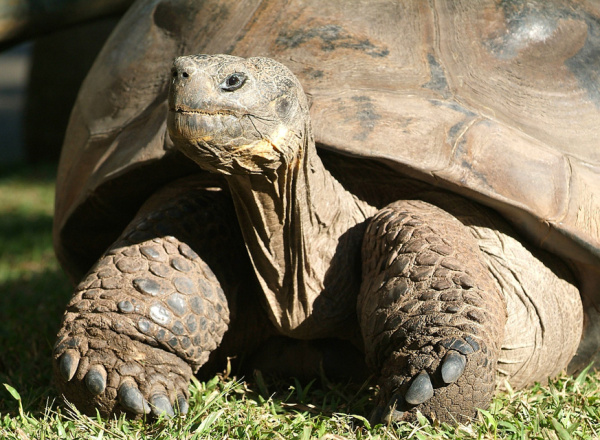