THE CROCOSEUM IS THE FULFILLMENT OF ONE OF STEVE IRWIN’S LIFELONG DREAMS.

Steve wanted to provide the visitors to Australia Zoo with the opportunity to see crocodiles in clear water ponds. This idea was to help educate the public by showing them how crocodiles live and behave in the wild.

Get ready for some serious wildlife action! Our keepers and their amazing animals will take you on a slithering, swooping, jaw-snapping adventure of epic proportions! Everyday in the Crocoseum we are taking on the world’s conservation issues and protecting the animal kingdom, and we want you to join our army of Wildlife Warriors.

Come on a journey of discovery and adventure with our giant snakes, colourful birds and prehistoric crocs in the world famous Crocoseum!

In a place like Australia Zoo, you’ll be in for an amazing adventure no matter where you go – there are just too many awesome animals to see, thrilling wildlife encounters to experience and friendly, informative staff to meet! But the entertainment factor goes up a notch when you hit our Crocoseum!

The Crocoseum is the home of the world’s ONLY Crike-Off! Picture this: the two opposing sides, seated in the world’s largest wildlife arena, both areas filled with a sea of happy faces, facing off – each trying to ‘out-Crikey’ the other. The roar of thousands of voices yelling “CRIKEY!” is enough to get anyone pumped for all of the wildlife action and entertainment!

Crocodiles use the murkiness of the water in their territory to camouflage from their prey. By using clear water, we can highlight for you the dangers that can be lurking just below the surface of a seemingly serene billabong.

Steve’s dream was to be able to use an intricate system of channels and gates to allow him to house several male saltwater crocodiles alongside each other in private enclosures, and bring them individually out into the centre of the Crocoseum for our crocodile shows.

Not only did he disprove his critics, who said “It just CAN’T be done”, he has provided Australia Zoo with the perfect arena to display some of the most beautiful animals on the face of the earth. This includes not just our crocs, but animals such as our awesome snakes and one of the most amazing, free-flight bird shows you will ever see.

Overall, the construction team took almost eleven months to complete the mammoth task. They spent weeks bringing in nearly 7000 cubic metres of dirt to level the building site! Crikey! That is a lot of dirt.

In 2018, Australia Zoo had over 1800 solar panels installed on the roof of the Crocoseum. These panels will deliver 21 billion-watt hours of energy over 25 years and reduce emissions by 16,500 tonnes!

And now the world-famous Crocoseum stands proud in the middle of Australia Zoo and provides a ripper educational experience for thousands of visitors from around Australia and across the globe every year! 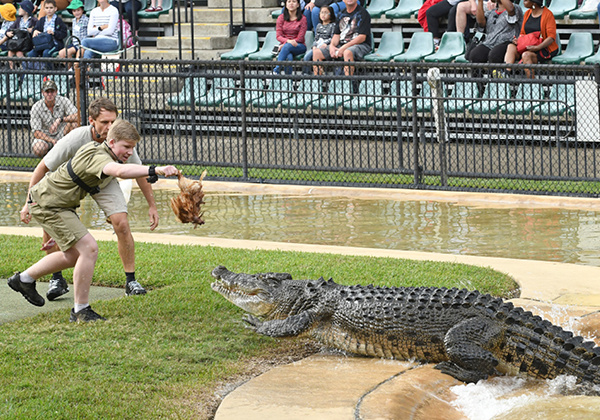 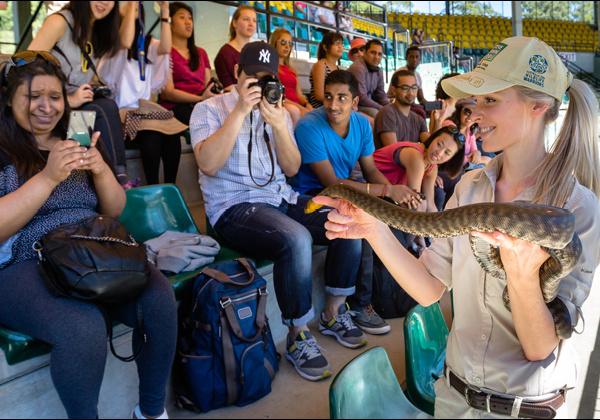 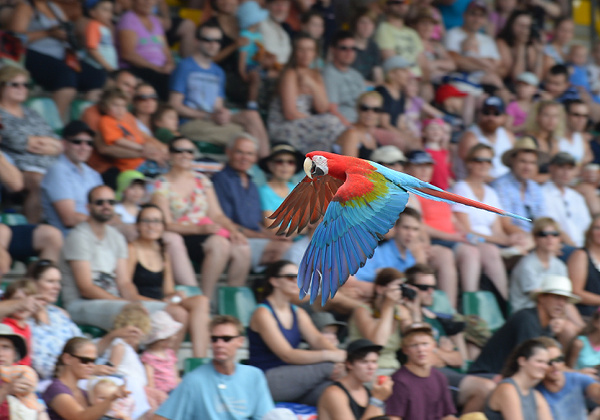 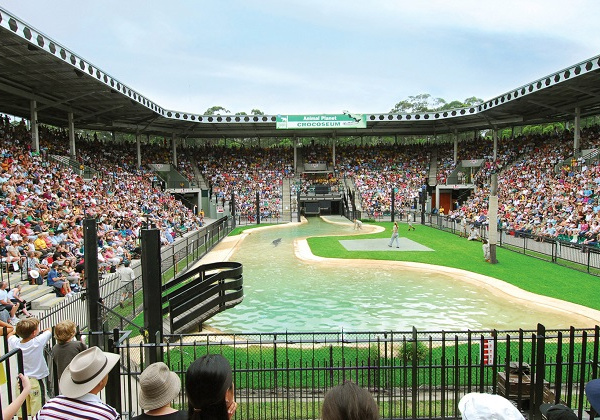