Australia Zoo is home to a you-beaut bird of prey, the barking owl!  For your chance to get up close and personal with our beautiful barking owl, keep your eyes peeled for our Wandering Wildlife Team.  Don’t miss the birds show LIVE! as our birds of prey take to the skies.  Woo-hoo!

Barking owls are found throughout all mainland states and territories of Australia and even into Papua New Guinea.  As their names suggests, the barking owl does in fact bark and growl, just like a dog!  This vocalisation is used as a mating and/or territorial call to warn off any would-be trespassers or predators.

Unlike many other owl species, barking owls aren’t nocturnal.  They are a crepuscular species, meaning they are most active during early mornings and late afternoons!

Did you know that owls can’t move their eyes from side-to-side?  Instead, they have seven extra vertebrae in their neck, allowing them to turn their head 270 degrees.  Crikey, that’s cool!

Barking owls are ambush predators!  They fly without making a sound, have powerful talons and keen vision, perfect for locating unsuspecting prey.  On the menu for barking owls are insects, reptiles, birds and mammals as large as possums.

Australia-wide they are well represented in the wild. They are one we need to keep our eyes on as, in some areas in the southern parts of Australia, their habitat has become extremely fragmented and as little as 50 breeding pairs may remain in these regions. 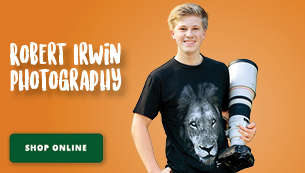