Don’t miss the opportunity to get up close with our beautiful black-headed pythons. Keep your eyes peeled for Australia Zoo’s Wandering Wildlife Team and get hands-on at the Australia Zoo Photo Studio. You’ll be sure to fall in love with these Aussie natives!

During the heat of the day these ground-dwelling snakes are often observed sheltering in hollow logs, rock crevasses and even termite mounds. They are often seen early in the morning with their dark head just outside of their shelter, using it as a highly effective solar panel. The dark colour absorbs the heat quickly and the warmer blood can then move around the rest of their body that remains hidden in shelter.  Often it is under the cover of darkness that they will emerge to hunt prey, their diet consisting of mostly other reptiles.  They will also eat birds and mammals if they come across them, but, are best known for their ability to take on some of Australia’s most venomous snakes. Crikey!

They are found across northern Australia, from Western Australia right through to Queensland and although the black-headed python is a camouflage expert, they are often spotted by the keen eye of our Australian raptors! Wedge-tailed eagles and a variety of kite species will prey upon these reptiles. Habitat destruction and car strikes are also an increasing threat to the survival of the species. 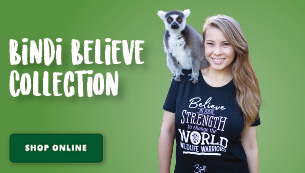