Be sure to check out Australia Zoo’s you-beaut brolgas right here in our very own wetlands.  Keep your camera handy because these beautiful birds are often spotted dancing during their graceful courtship. Crikey, it’s a sight to see!

Brolgas are a large, grey crane with a red, featherless head and a beautiful, grey crown. They are commonly found throughout northern and eastern regions of Australia in large open wetlands, grassy plains and coastal mud flats.

Brolgas are omnivores! They will eat a variety of plant matter as well as amphibians, insects and even small rodents.

Brolgas put the dance in romance! They will mate for life and display an elegant dance routine to strengthen their bond. This impressive dance routine can take place during any time of the year.

During nesting season, from September to May, brolgas will establish a territory and fiercely defend it. Both male and female brolgas will incubate and care for their babies. Outside of breeding season, brolgas can be seen in large flocks and family groups, made of up to 100 individuals!

Although in some developed areas their population is fragmented, the species as a whole is of least concern. You little ripper! 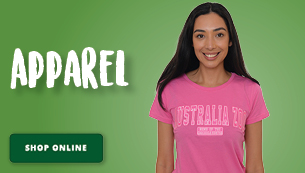