They don’t come much cuter than Australia Zoo’s chestnut-breasted mannikin finch!  Keep your eyes peeled in our Rainforest Aviary for these cute-as-a-button birds, as they can be spotted all day long foraging and exploring their home. 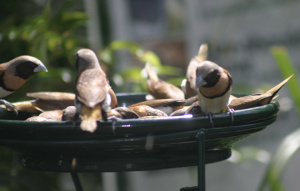 The chestnut-breasted mannikin is found in Papua New Guinea and across northern and eastern Australia, from the Kimberley region to the Northern Territory and down into New South Wales.  They typically inhabit long grasses, swamps and mangroves.  These tiny birds are identified by their grey crown, black face and grey bill.  As their name suggests, they also have a chestnut brown breast. 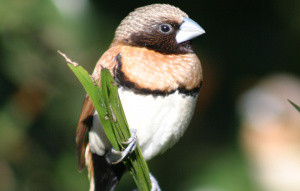 Chestnut-breasted mannikins are highly social and are often observed in large groups, sometimes consisting of up to 200 individuals!  These finches are omnivores, feeding on winged termites and grass seeds from an elevated stalk, rarely feeding from the ground!  The chestnut-breasted mannikin finch is a species doing well in the Australian environment. 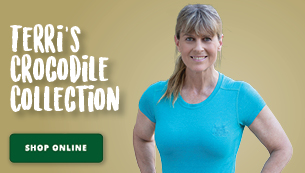