Here at Australia Zoo our gorgeous dingoes can be spotted exploring their home and enjoying their daily walks.  Did you know that dingoes are in the canine family, but aren’t actually dogs and are by nature, very shy and timid?  Unlike wild dogs, they do not hunt in packs or bark; instead they howl – just like a wolf!

Dingoes have been on mainland Australia for over 4,000 years – crikey!  They were introduced by Indonesian seafarers and have since played an important role in the culture of Australia’s First Nations people.  Standing between 52 and 60 centimetres tall and weighing on average between 12 and 24 kilograms, the dingo is very intelligent and resourceful, therefore adapting to live in a variety of environments.  They can be found throughout alpine ranges, coastal terrain and even in the blistering desert.

These gorgeous carnivores are Australia’s apex land predator!  They play a vital role in the ecosystem by maintaining populations of both feral and native species.  Dingoes will hunt rabbits, rodents, birds, macropods and reptiles.  In order to successfully catch their prey, dingoes have a couple of beaut-bonza tricks up their sleeve.  They have flexible bone formations in their feet, allowing them to jump up to two metres in the air from standing position!  They are naturally very agile and lean; their skull is always the widest part of their body, enabling them to determine if they can squeeze through tight spaces without becoming stuck.  That broad skull is 30% larger than that of a domestic dog!

Unfortunately, due to their compatibility to breed with wild dogs, the population of wild, purebred dingoes is unknown and possibly extinct on mainland Australia.  The only place purebreds may be spotted is on Fraser Island, an island off the coast of Queensland. 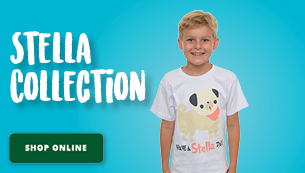