Let us introduce one of Australia’s most misunderstood reptiles, the gorgeous eastern brown snake! Don’t miss your chance to see these impressive reptiles up close in Australia Zoo’s Reptile House.

The eastern brown snake inhabits a variety of environments throughout eastern Australia, including bushland, grassland, desert terrain and coastal dunes. Their colouration can vary, but, usually consists of a light brown or grey body, with a creamy-yellow belly!

These venomous reptiles are often misunderstood and they have a reputation for being aggressive. They are rated at number two on the world’s most venomous snake list, but, they are actually quite shy, preferring to move away if given the opportunity. If the eastern brown snake is feeling threatened or cornered they will rise up and strike repeatedly.  Most snake bites are the result of humans trying to catch or kill the snake, so always remember if you see a snake give it plenty of space.

These impressive reptiles are carnivores, preying upon small mammals including introduced pest species of rodents. You-beauty! 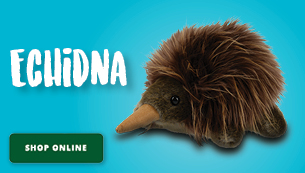