The eastern diamondback rattlesnake is found throughout the east of the United States. They inhabit a variety of environments including pine forests, woodlands, coastal dunes and scrublands.

As their name suggests, they have a very distinct rattle on the tip of their tail! This rattle is used as a highly effective defense mechanism to warn off predators such as hawks, coyotes and racoons. During daylight hours, these impressive reptiles can be spotted on the prowl for their prey. They are carnivorous and prey upon rodents, birds and squirrels.

Like most venomous snakes, they are very misunderstood and will only produce a venomous bite when feeling threatened. Fortunately, that loud rattle tells people when these snakes are about so they are generally easily avoided. Bites usually occur when people are attempting to catch or kill the snake. 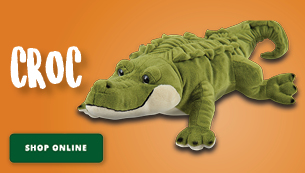