Australia Zoo’s Reptile House is home to some of the most impressive reptiles on the planet, including our gorgeous gila monster! This venomous lizard is a must see while visiting the Zoo.

Frequenting deserts and scrublands of south-west United States and northern Mexico, these reptiles are one of the few venomous lizards found around the world! Gila monsters are black in colour, with orange or pink stripes, spots and blotches to perfectly camouflage in their arid environment.

Gila monsters have a very strong jaw, with venom glands under their lower teeth. Their venom is transferred through grooves in the teeth and is used as a lethal hunting tool. Gila monsters are carnivores, spending daylight hours in search of small birds, eggs, mammals, insects, frogs and even carrion. Gila’s are known to eat infrequently throughout the year, as little as five to ten times, however, they have been known to eat up to one-third of their body weight in one sitting! Crikey!

During warmer months, they often shelter from the heat in burrows, caves and rocky ledges. This predominately solitary lizard will occupy a territory of up to 1.6 square kilometres! Strewth! That’s a lot of space for a small lizard!

Threatened by an increase in habitat destruction, plus predators like coyotes and birds of prey, these awesome reptiles are considered a near threatened species and are in need of our support. 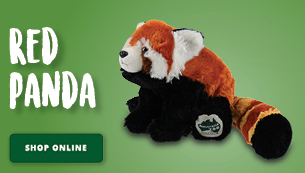