Introducing one of the world’s most impressive venomous snakes, the king cobra! This snake needs to be seen to be believed so keep your eyes peeled in our Reptile House, right here at Australia Zoo.

The king cobra is found throughout parts of India, southern China and the Philippines and much of south-east Asia. They inhabit bamboo thickets and rainforest. These giant reptiles are the longest venomous snake in the world and are at the top of the food chain! A cobra’s eye sight is much better than most snakes and they can spot incoming threats from up to 100 metres away. When feeling threatened they will make an intimidating, low growling sound and raise their head over 1.2 metres off the ground, expanding their neck hood in order to look big and scary. If that fails to deter their predators, they will then strike at rapid speeds and deliver a potentially fatal bite. Crikey!

Cobras are often spotted during the daylight hours patrolling the ground or forest canopy in search of their cold-blooded prey. Reptiles, including venomous snakes, are their meal of choice! Cobras are oviparous, meaning they lay eggs. These snakes are one of the only species that will build a nest using leaves and branches. The female will fiercely protect her nest during the incubation period! Cobras are truly AWESOME!

Sadly, king cobras are threatened by rapid habitat destruction and illegal poaching for skins, meat and Chinese medicines. They are currently considered a vulnerable species. 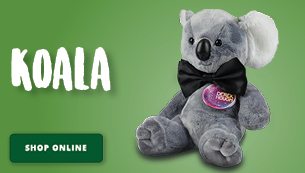