Here at Australia Zoo we are home to some you-beaut water birds, including the little pied cormorant. Don’t miss all of the water bird action as it unfolds in the Wildlife Warriors Show, in our world-famous Crocoseum.

Little pied cormorants are widely found across Australia in both salt and fresh waterways. These birds are impressive carnivorous hunters. They are able to dive as deep and as fast as the fish they prey upon! Crustaceans, insects and frogs are also on the menu. They are often spotted throughout the river banks of Australia with their wings stretched out to dry, before taking to the skies.

The species is not threatened, but, it does suffer from ecosystem alteration and degradation. Fishing line entanglement and hook ingestion is also an increasing threat to the survival of the little pied cormorant! They are currently considered a species of least concern. 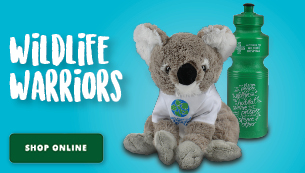