Crikey! Don’t miss all of the tail-walking, death-rolling and jaw-snapping action in Australia Zoo’s world-famous Crocoseum. To see the epic saltwater crocodile in action, be sure to check out the daily Wildlife Warriors Show and Crocs LIVE! 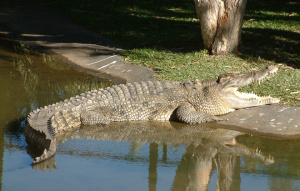 The saltwater crocodile is the king of all 27 species of crocodilian. They grow to be the largest, most fierce and most misunderstood reptile on the planet! These perfectly evolved predators are a direct link to our prehistoric past. These incredible animals have been on the planet, unchanged, for over 65 million years. 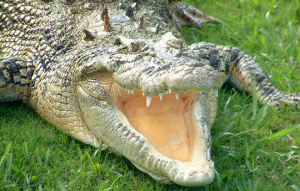 The most stable population of salties’ is right here in Australia. You’ll find them in north Queensland, across the Northern Territory and into Broome in Western Australia. However, fragmented populations remain throughout south-east Asia, Papua New Guinea, Vanuatu and the Solomon Islands. These impressive carnivores are capable of reaching up to seven metres in length and weighing over 1,000 kilograms. At this size, they are capable of eating wild pigs, deer, kangaroos and even cattle or wild buffalo! 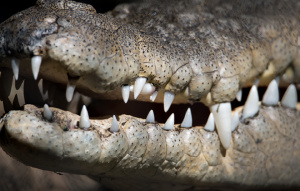 Through ongoing studies on the Steve Irwin Wildlife Reserve, we have discovered that saltwater crocodiles can hold their breath for up to seven hours. This makes them the perfect stealth and ambush attack predator!  They use the murkiness of the water to remain unseen before ambushing their prey, grabbing them with their powerful jaws and death-rolling them back into the water. This is a very quick technique of subduing their prey. Crocs RULE! 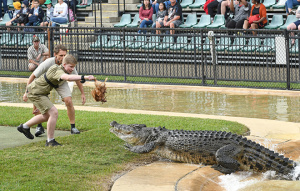 Back from the brink of extinction due to unsustainable poaching and hunting, the saltwater crocodile is a story of success. Today they are recognised for the important role they play in our ecosystem and are a protected species. However, in Queensland they are still considered vulnerable, so they are in need of our help!