Don’t miss the wicked water pythons here at Australia Zoo! Keep your eyes peeled for our Wandering Wildlife Team, as you might just be lucky enough to get up close and personal with these adorable water-loving snakes.

Water pythons are found throughout Papua New Guinea and northern Australia, from Western Australia all the way through to Queensland. These snakes are made for life in and around the water! They are often spotted in waterholes such as creeks, lagoons, rivers and man-made dams.

Water pythons are a powerful predator, capable of preying upon small saltwater and freshwater crocodiles. Crikey! Other prey items can include birds such as magpie geese, reptiles, flying foxes and small mammals.

Being a python, they are non-venomous. They will use their large teeth to secure prey before wrapping their muscular body into coils to suffocate and consume the prey item whole!

An aboriginal myth tells the tale of the rainbow serpent or the water python. It is said that the rivers and waterways of northern Australia were created and brought to life by the snake’s vibrant and iridescent skin!

Water pythons are a thriving species in northern Australian environments. They are considered a species of least concern. Woo-hoo! 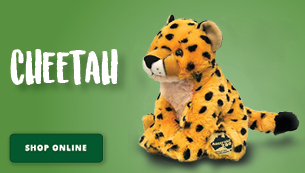